Queen of the Skies: The Boeing 747 is playing a hero’s role during Covid-19 crisis 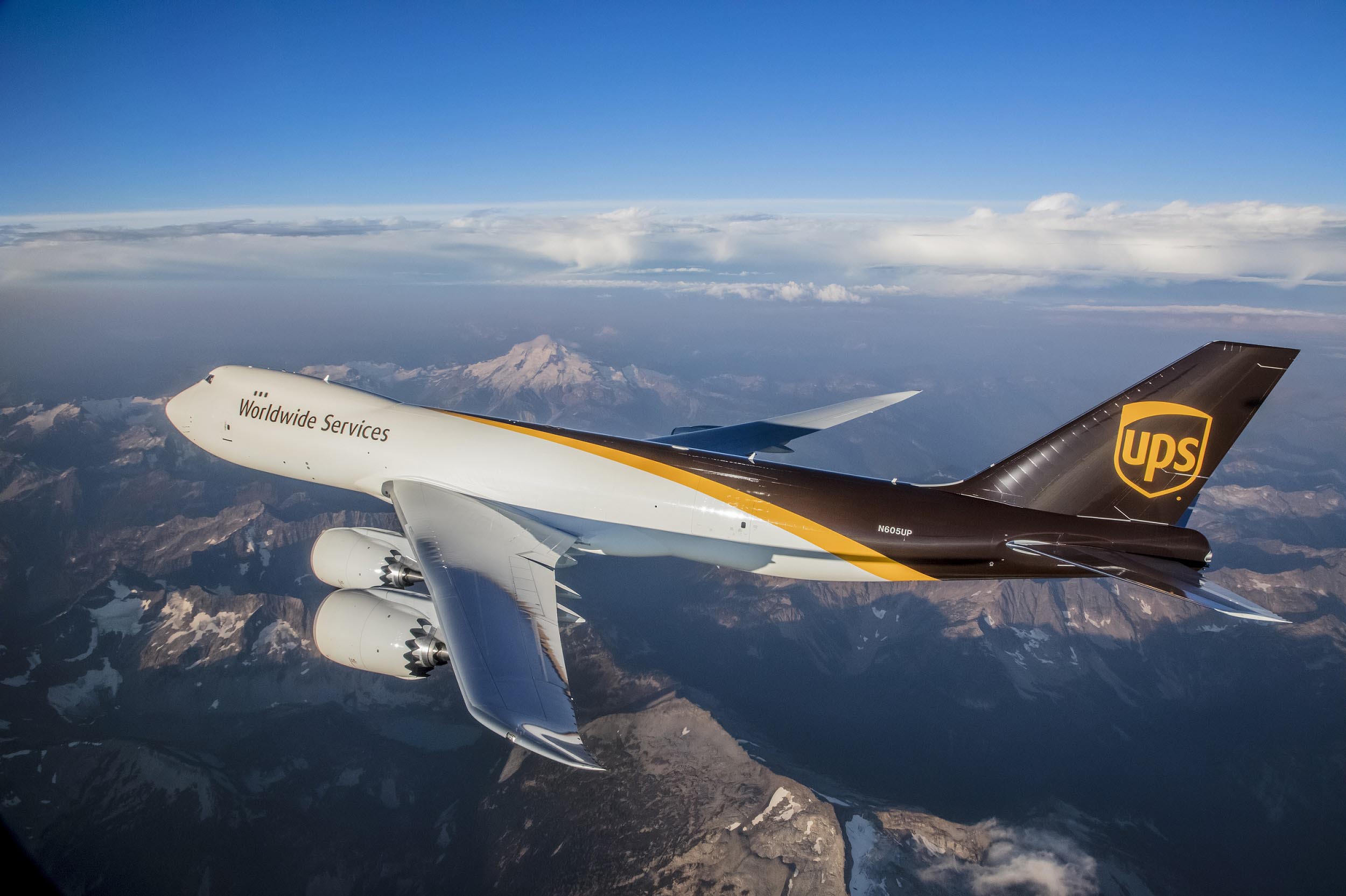 UPS Airlines operates the newest all-cargo version of the Queen of the Skies – the 787-8F. Photo: UPS

During the week of April 21, there were just two passenger-carrying 747 jumbo jets flying around the world. The Covid-19 pandemic has made the Queen of the Skies an acutely endangered monarch.

But Her Majesty might just be having the finest moment of her reign.

As the pandemic continues to sweep the globe, it has catastrophically impacted airline operations. Restrictions on domestic and international flying have reduced schedules to a mere fraction of the thousands of flights that operated every day just a couple of months ago.

Tens of thousands of airline employees have been furloughed or fired in the wake of operational draw-downs and the outright failure of some airlines. Many of those still operating are teetering on the brink of financial collapse, hoping for some sort of government assistance to weather the storm.

Two-thirds of the world’s fleet of jetliners — almost 17,000 out of 26,000 aircraft — have been placed in storage or permanently retired from service. The iconic 747, already dwindling in numbers at the world’s airlines, has been hard hit by the pandemic, with all but a handful grounded and heading for retirement.

With the passenger fleet largely idled, cargo that once moved unknowingly under our feet on wide-body passenger jets has to find its way to market some other way.

Airlines have scrambled to take out seats to perform rudimentary conversions of passenger planes to keep them earning money, but it’s the freighter fleet that is carrying the heaviest load.

“When it comes to this pandemic, seeing a 747 Freighter land at an airport is like in an old western, when the cavalry rides in to help the people in distress,” said Henry Harteveldt, travel industry analyst and founder of Atmosphere Research Group.

“The 747 is definitely playing a hero’s role in moving essential cargo around the world in this crisis.”

Older versions of the quad-jet jumbo were already facing replacement by more efficient, smaller and newer two-engine wide-bodies from Boeing and Airbus. Airlines including Lufthansa and KLM have accelerated the retirement of their vintage 747s, a couple of years sooner than originally planned.

Just two passenger 747s were found to be roaming the skies during that week in April, out of a small group of 16 planes that were shown to still be “in service,” according to Cirium, an aviation data and analytics company. Before the pandemic hit, there were less than 200 of the passenger jumbos.

But now that the international transport of critical medical goods has become a daily news headline, cargo operators such as Silk Way Airlines, Atlas Air, Air Bridge Cargo and Cargolux — hardly known to the traveling public before COVID-19 — are the stars of logistical efforts to support first responders.

An analysis of Flightradar24 tracking data by the aviation industry publication The Air Current found that ABC’s operations in March had shot up 51% compared to the previous two months.

She points to the 747-8F’s climate-controlled cargo holds as one of the big plane’s assets.

“Its three compartments can have different temperature settings from 4 degrees Celsius to 29 degrees (39 F to 84 F), giving us extra opportunities to transport perishable cargo, such as temperature-sensitive pharmaceuticals and life-saving medical equipment.”

“It’s a gift that I can give back”

There are 286 747 Freighters of different models in service, making up about a quarter of the 1,152-aircraft fleet of wide-body, main-deck cargo planes, according to Cirium.

“You know that you’re carrying lifesaving equipment down below, and you know it’s going to make a difference to those who need it on the front lines. It’s very humbling, and it’s not something that I thought about when I started my aviation career 30 years ago. But now, I feel that it’s a gift that I can give back, in a time of crisis,” said Lepley in an interview with CNN Travel.

UPS has 28 747Fs in its fleet, with an additional 15 747-8Fs on order. As part of the fleet of 261 dedicated cargo aircraft, the airline has pressed its largest freighters into the fight against the pandemic.

“UPS was already well positioned to support efforts in moving critical supplies to areas needing it most,” said Michelle Polk, spokesperson for UPS. “With governments and public authorities classifying UPS as an essential service provider, the company is combining the flexibility of its global network to respond to the Coronavirus pandemic.”

Lepley said that the pandemic has changed the way crews spend their layovers during stops in their multi-day flight schedules.

“Being a pilot can be a lonely career. We’re out on the road a great deal, away from our families. Now, we land, we go to our rooms, and we’re not allowed to leave our rooms or socialize. A lot of the countries, at this moment, are fearful of what we can bring in, so to prevent that and to keep us safe, we’re required to stay in our rooms.”

Anchorage, Alaska, where Lepley is based, became the world’s busiest airport last weekend according to multiple reports, due to the ongoing influx of cargo freighters that use it as a stop along the way between Asia and North America.

Cargo planes, like all other aircraft, must balance a cargo load and fuel quantity against a plane’s maximum payload, which all translates into the distance any flight can reach. Flights from the major cities in China to Anchorage take around 8.5 to 9 hours.

The newest version of the cargo 747 is based on the passenger model, the 747-8. At just over 250 feet, it’s the longest of all the jumbos, with new engines and enhanced aerodynamics.

“It’s just a beautiful airplane to fly. It’s a very stable aircraft, very gentle, a graceful airplane,” said Lepley. “From the cockpit it’s hard to imagine that you’re flying something so big until you get off the airplane and look up at it and you say, ‘I just flew this thing!'”

The freighter has a feature that gives the 747 its iconic profile. With the cockpit out of the way on the upper deck, the nose of the plane swings up, opening the full main deck for loading. The plane also has a main deck cargo door at the rear of the fuselage. Between the main deck and the belly cargo hold, a 747-8F can haul over 300,000 pounds of cargo.

A specialty of the Air Bridge Cargo, “the nose cargo door gives us the opportunity to load off-size cargo,” explained ABC’s Arslanova. “That enables us to carry extra-long pipes, diesel generators, compressors, pumps and other large and heavy offshore equipment.”

Over 50 years ago, Boeing expected that the 747 would be but a postscript in aviation history, with passengers soon flying on supersonic jets.

So Joe Sutter, the 747’s chief engineer, and his team designed the jumbo to be converted into a freighter, with a main deck width that could handle two rows of eight-foot wide cargo containers and the swing-up nose that gives the 747 its distinctive “hump.”

Over 1,500 deliveries later, the Queen of the Skies has displayed remarkable longevity.

“We knew it would play a role connecting the world 50 years later. We wouldn’t have known that we would have this epic pandemic that would ground so much of the world, and affect almost every country,” said Atmosphere’s Harteveldt.

“I’m sure there are people who worked on the project at Boeing who are not at all surprised that the 747 is a knight in shining armor. The plane has shown repeatedly in its history that, when the chips are down, the 747 can be counted on to come to the rescue.”