And on Your Left… 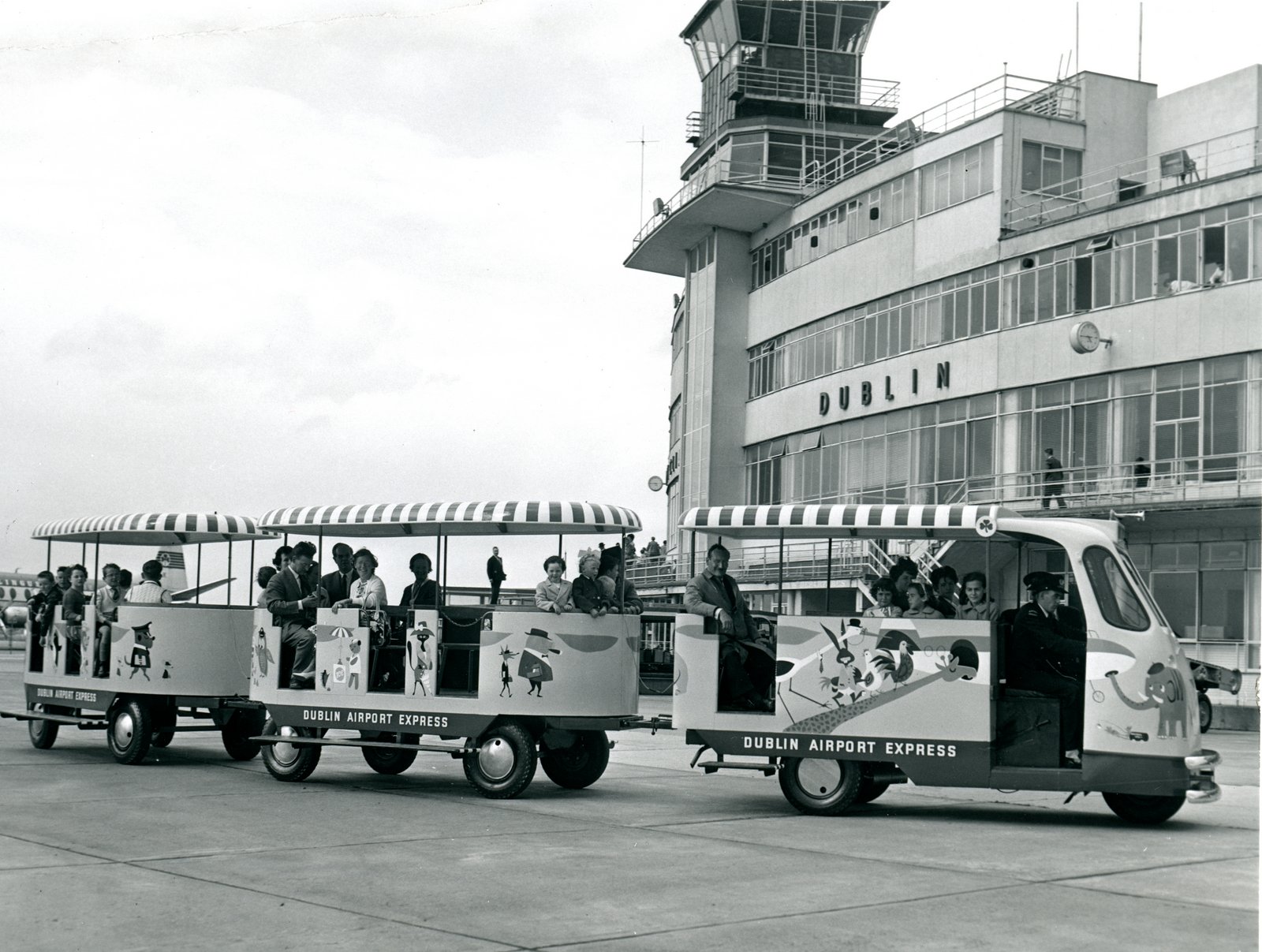 A major international airport just might be the ultimate theme park – packed with people, lengthy lines for food and drink, and e-ticket rides to far-flung destinations.

In the 1950s, at about the time Disneyland opened in California, airports and airlines were transitioning from prop-powered planes to new jetliners like the Boeing 707, Douglas DC-8 and the de Havilland Comet. As airports grew from quaint aerodromes into massive concrete-covered jetports, the public’s fascination with the new planes and terminals brought throngs of people to see the latest in aviation technology.

Shortly afterward, to give visitors a ramp-level view, Ireland’s flag carrier, Aer Lingus, began running tours of Dublin Airport – first with seating in converted seat trailers, and then in open-air, custom-built tour trains. According to Aer Lingus, “The tours were available to the public on weekends, and were also used on special occasions, such as the blessing of the fleet. A running commentary used to be provided by the driver.”

Visitors were able to get up close and personal with airport operations, in those innocent days before airliner hijackings drove airports to tighten airside security. They could watch as passengers, decked out in their finery, walked from the terminal and up the airstairs to board their flights.

Around this time, Hong Kong’s legendary Kai Tak Airport also offered public tours, as did Los Angeles International Airport (LAX). Every month, as many as 5,000 visitors toured LAX’s then new terminals and now iconic Theme Building, and enjoyed a tram ride on the ramp between terminals.

These days, about the closest most of us come to a ride on the ramp is in a crowded low-floor bus when our flight is parked at a remote stand. But Frankfurt Airport continues the tradition of public visits with a variety of guided tours that include a 45-minute “Starter Tour,” all the way up to an extensive three-hour “Tailored Tour” for “curious visitors interested in specialist knowledge.” Sign me up!