Not Just 747s and A380s: Here Are All the Double-Decker Passenger Planes 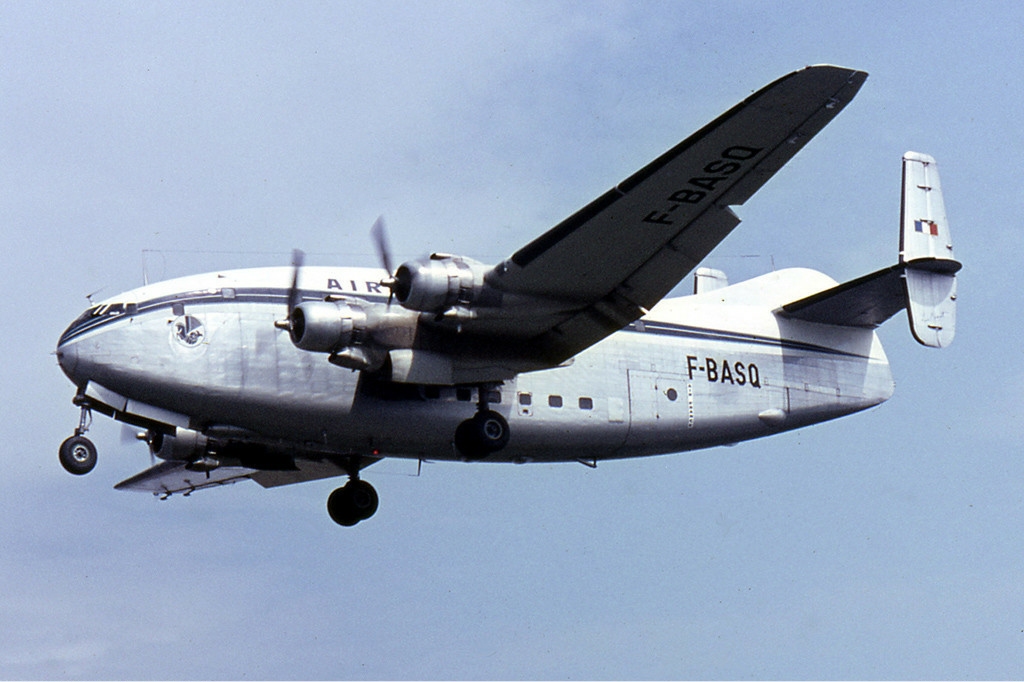 This week marked a bittersweet moment for that rare breed of airliner, the double-decker: Airbus delivered an A380 to a new customer for what will likely be the last time. Decked out in special colors, the airplane looked stunning, but it also carried a clear message: The era of giant double-deckers is over.

The A380 was too big for the market, regardless of what its biggest (and seemingly only remaining) fan among airline CEOs, Tim Clark of Emirates, says about it. And with the Boeing 747 essentially over as a passenger airliner, too, double-deckers are facing extinction. It won’t be overnight, of course. Airplanes fly for decades, and we’re going to see 747s and A380s ferrying people around the world well into the 2030s, if not beyond. (After that, we’ll be limited to double-decker trains, buses and sandwiches.)

Double-decker aircraft aren’t limited to those two icons, however. TPG climbed into the dusty hangar of aviation history to find out about two-floor aircraft: Some that pioneered international air travel, some that were one-of-a-kind and some you still can fly today. 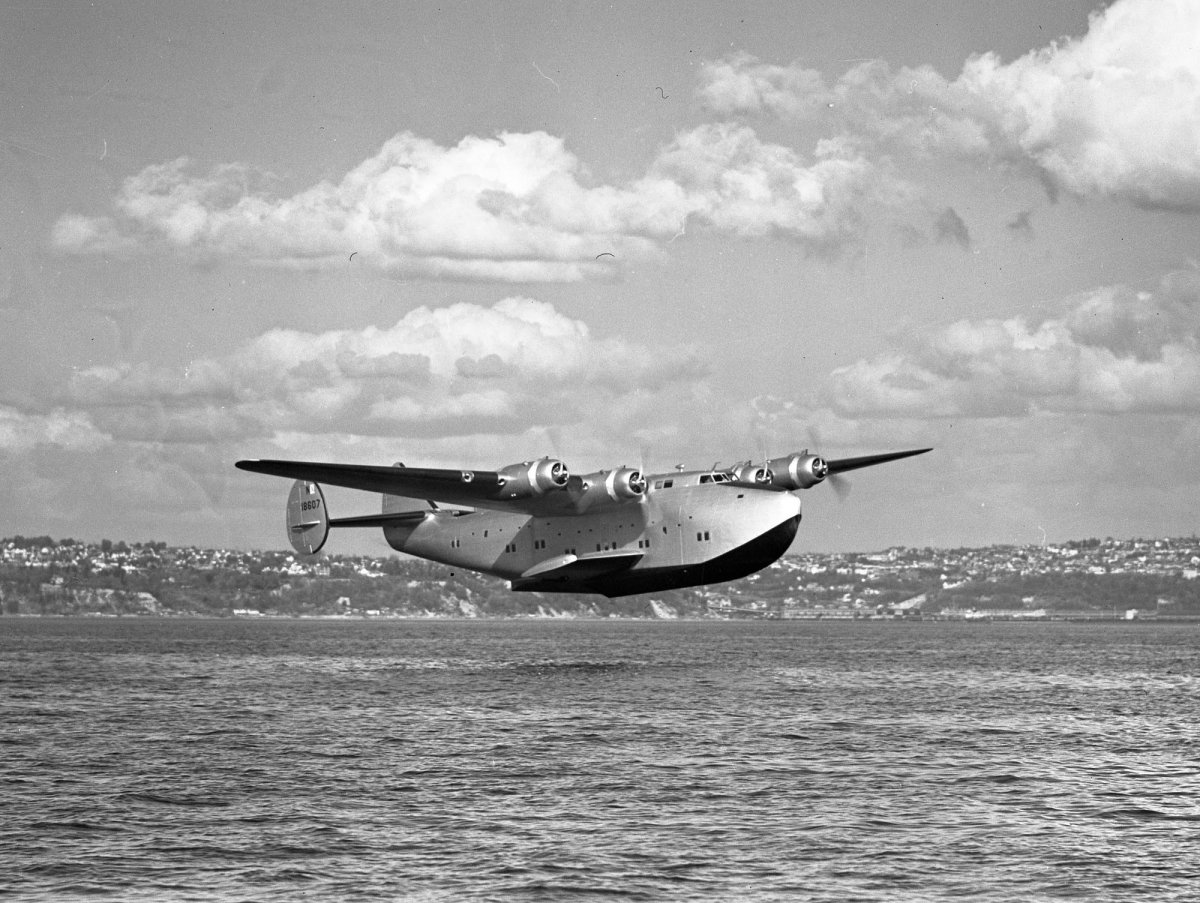 Oh, the romance of the Pan American Clippers, captured in exotic settings on the gorgeous travel posters of the 1930s! They were the archetype of the seaplanes that dominated long-haul air travel before and immediately after World War II.

Boeing’s Model 314 flying boat was the ultimate in pre-World War II intercontinental travel. In service from 1939 to 1948 — and drafted into the US military during the war — the 314 had a cabin almost as wide as a 747’s. It could carry as many as 74 passengers, but was configured for 40 or fewer for overnight flights. (Want to bring back that idea of not stuffing planes to the gills, airlines? We’re all for it.)

The 25 passengers per flight headed from San Francisco to Honolulu were pampered by four pursers on the luxurious lower deck of the Clipper. The 17-hour trip was flown at a blistering cruise speed of 125 mph, while passengers tolerated the thunder of four 1,600-hp Wright Cyclone radial piston engines.

Those flying on to Hong Kong would arrive six days after leaving San Francisco, after island-hopping across the Pacific. (That route is now a 15-hour nonstop flight in a Boeing 777, with less space per passenger, but also without the roar of prop engines in your ear and the turbulence from flying under the weather.)

Upstairs on the 314 you would have found the cockpit, baggage hold, crew quarters and galley. Downstairs, in the all-first-class accommodations, there were passenger seating and sleeping compartments, a dining room/lounge, and restrooms. 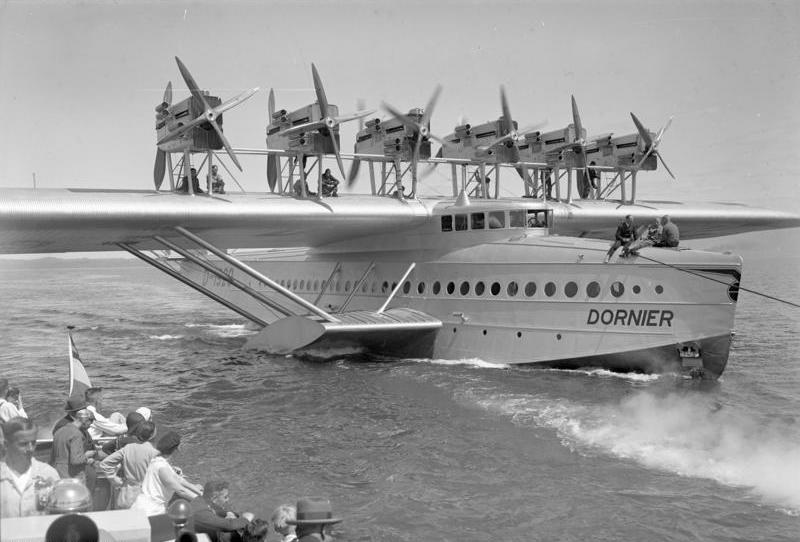 The Dornier Do-X had a wingspan of over 157 feet, was more than 130 feet long, and powered by 12 engines arranged in six “push-me, pull-you” pods over the wing. Although each engine generated over 500 horsepower, the Do-X was so big and heavy that it could barely climb to 1,600 feet for trips across the Atlantic.

Fourteen crew members controlled the behemoth from an upper-deck bridge that included an engine room befitting a steamship of the day.

Only three Do-Xs were built. On them, 66 passengers on the lower deck traveled in luxurious accommodations, enjoying the plane’s seating/sleeping berths, a dining salon and a smoking room/bar.

Although the Do-X’s upper deck was for crew only, the sheer audacity of this airborne vessel — which first flew 90 years ago(!) — grants it a place in our double-decker list. 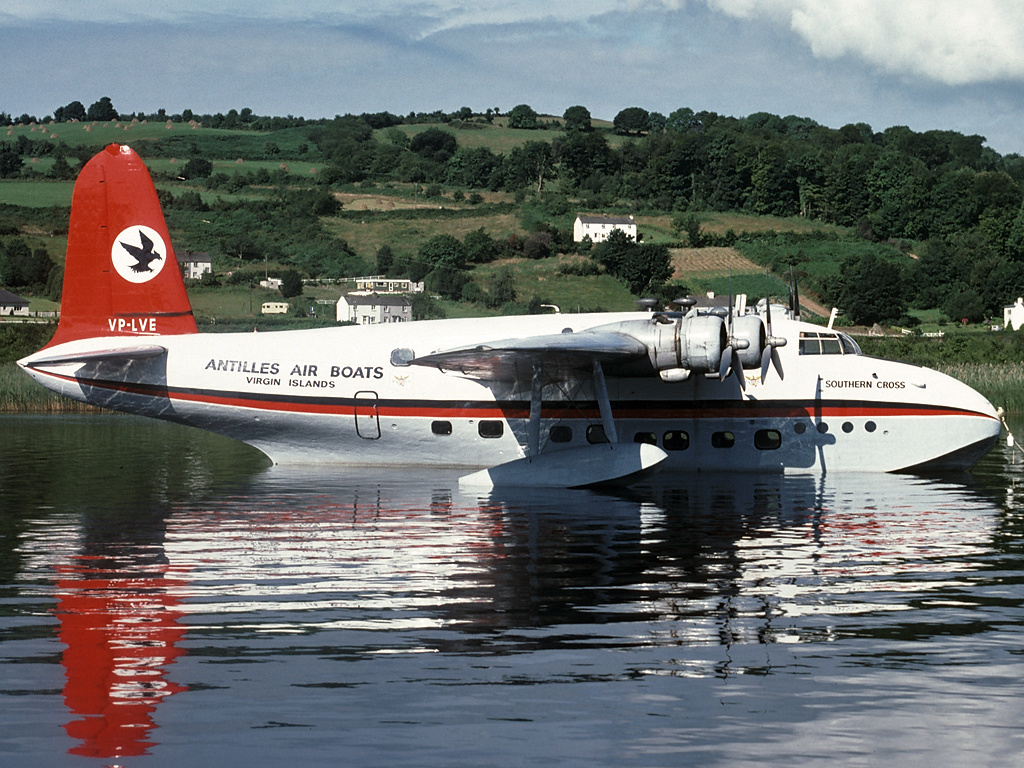 This flying boat had three cabins on the lower deck, along with lavatories and a purser’s desk. A compact stairway led to the upper deck and the galley/buffet bar and dining room.

BOAC flew the Sandringham on routes that reached as far as Tokyo until it was replaced by land-based planes in the late 1940s, signaling the end of the era of the flying boat. 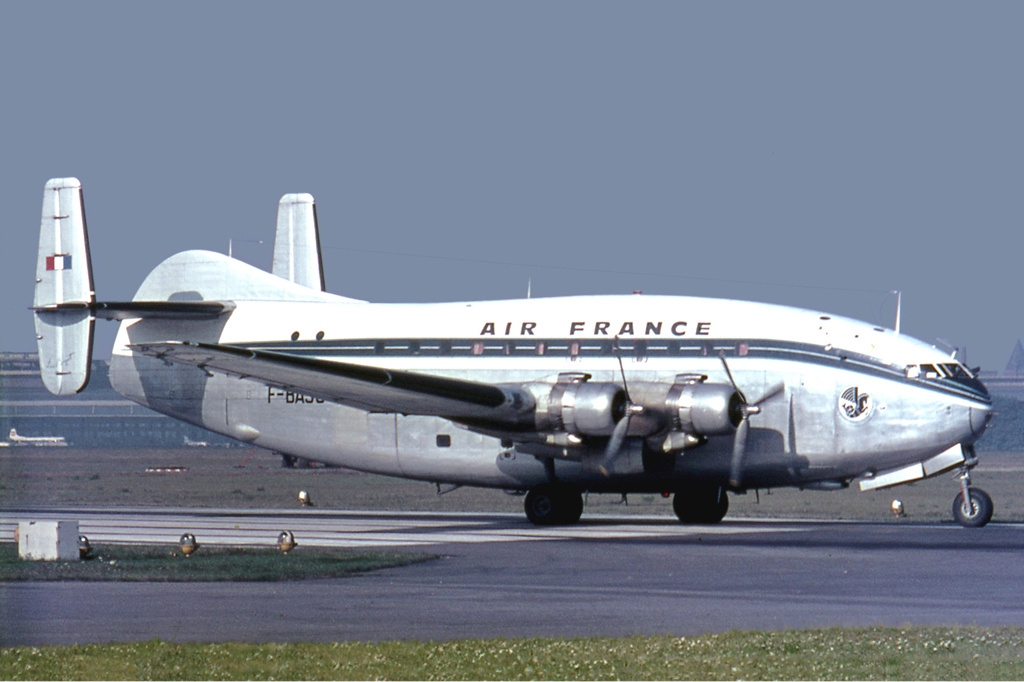 For a time in the 1950s, the chubby Breguet “Deux-Ponts” — French for “two decks” — was the largest-capacity airliner in the world.

About 20 of the peculiarly tri-tailed, four-engine aircraft were built — configured to carry around 107 passengers on two decks in tourist-class seating. Air France operated the unpressurized Deux-Ponts, also known as the Provence, from 1953 until 1971. The propliner served medium-range destinations and flew primarily between Paris and Algiers.

The French military also operated the Deux-Ponts, which could also be configured as all cargo or with a combination passenger/cargo load on the two decks. It was replaced in the air force in 1969 by the turboprop C-160 Transall, built by a French-German consortium. 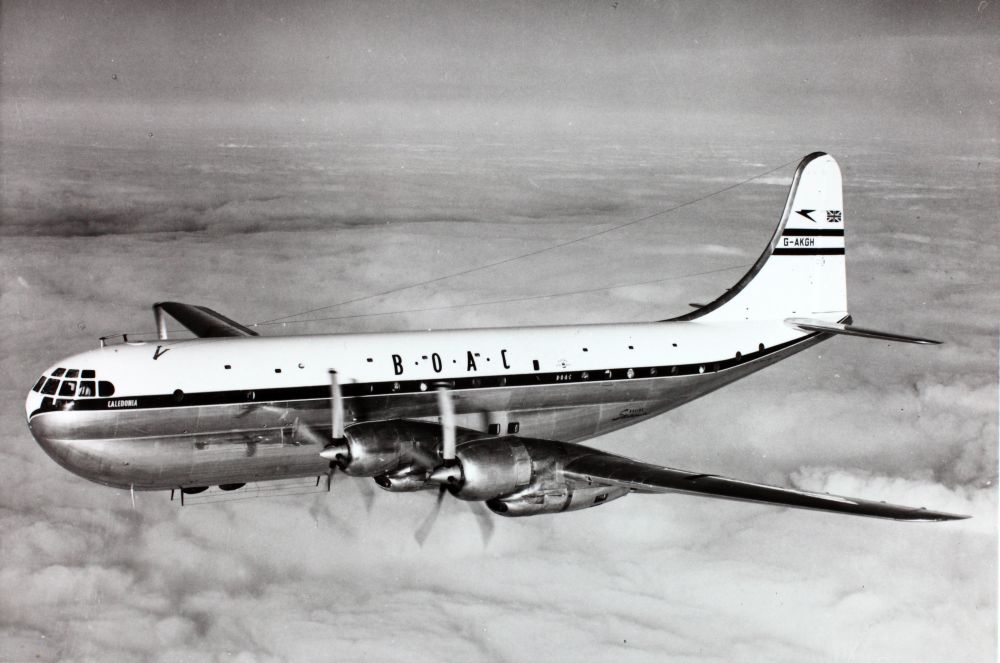 In the 1950s, the pinnacles of piston-powered propliners crisscrossing the oceans were the Douglas DC-7C, Lockheed Super Constellation and the Boeing Model 377 — and only the latter was a double-decker.

With a trans-Atlantic passenger load of 55 passengers and 28 sleeper berths, the Model 377 “Stratocruiser” featured a lower-deck lounge that seated 14 people in 1950s hotel-like comfort. It was powered by four temperamental Pratt & Whitney Wasp Major engines, and passengers flying from New York to London endured a loud, vibrating 16-hour flight that included fuel stops. When mechanics had to service the Wasp Majors, they needed to replace a total of 224 spark plugs: 56 plugs in 28 cylinders, per engine.

The Model 377 evolved from the Boeing C-97 military transport, itself a descendant of the World War II B-29 bomber.

Fifty-six Stratocruisers flew for Pan Am, BOAC, Northwest Orient, United Airlines and other carriers. They were some of the final propliners to fly mainline service, soldiering on before being replaced by early jets.

But the Stratocruiser flies on, converted to turboprop power and with a massive forward-opening cargo enclosure grafted on top of the cabin. The “Super Guppy” still carries oversize spaceflight hardware for NASA.

And in a delicious irony, a small fleet of Super Guppies was used by Boeing’s arch-rival Airbus to transport aircraft components between its European facilities, a role now performed by the A300-derived Beluga. 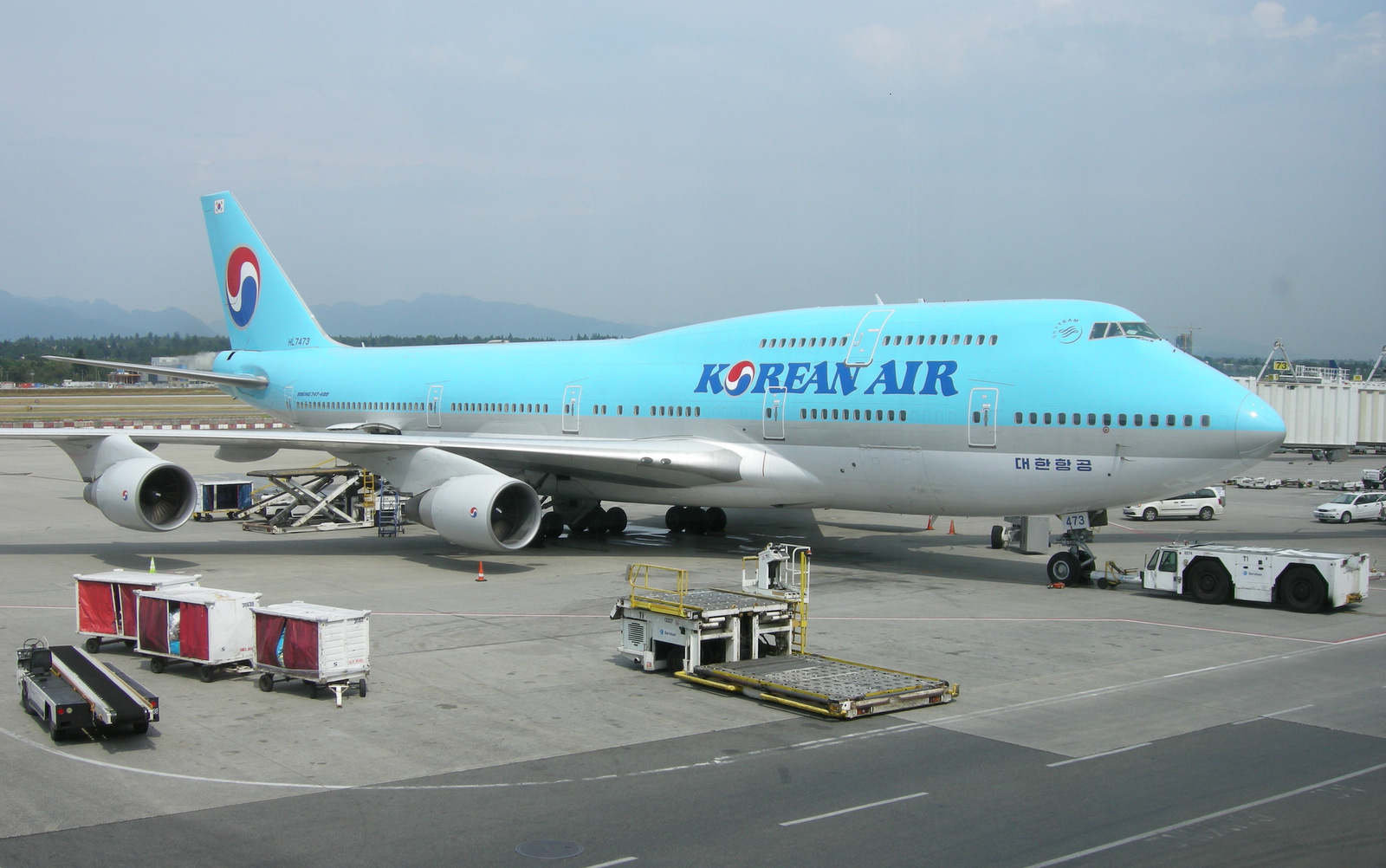 The “Queen of the Skies” recently celebrated the 50th anniversary of its first, world-changing flight, held in February 1969.

Boeing didn’t expect the 747 to be a popular jetliner. In fact, the cockpit was placed above the passenger deck to simplify the plane’s potential conversion to a nose-opening cargo carrier, giving the plane its “hump.” The small space behind the flight deck was suggested by Boeing as a crew-rest area. But it immediately became a passenger lounge when Pan Am’s founder and boss Juan Trippe saw the 747’s mockup and demanded the change.

The upper deck of the 747 has grown dramatically since those first models went into service in 1970 with Pan Am.

In the most recent passenger version, the 747-8 Intercontinental, the upper deck has the same floor space as a Boeing 737-700. The -8 is flown only by Lufthansa, Air China and Korean Air, which all have a business-class cabin on the upper deck. (TPG has reviewed all three, and we very much appreciated the smaller and quieter cabin.)

More than 1,500 747s have been delivered to airlines around the globe. But while the older four-engine 747s are being retired in favor of large, wide-body twinjets, there’s little doubt that the iconic profile of the Queen of the Skies will be seen flying the world’s airways for years to come. 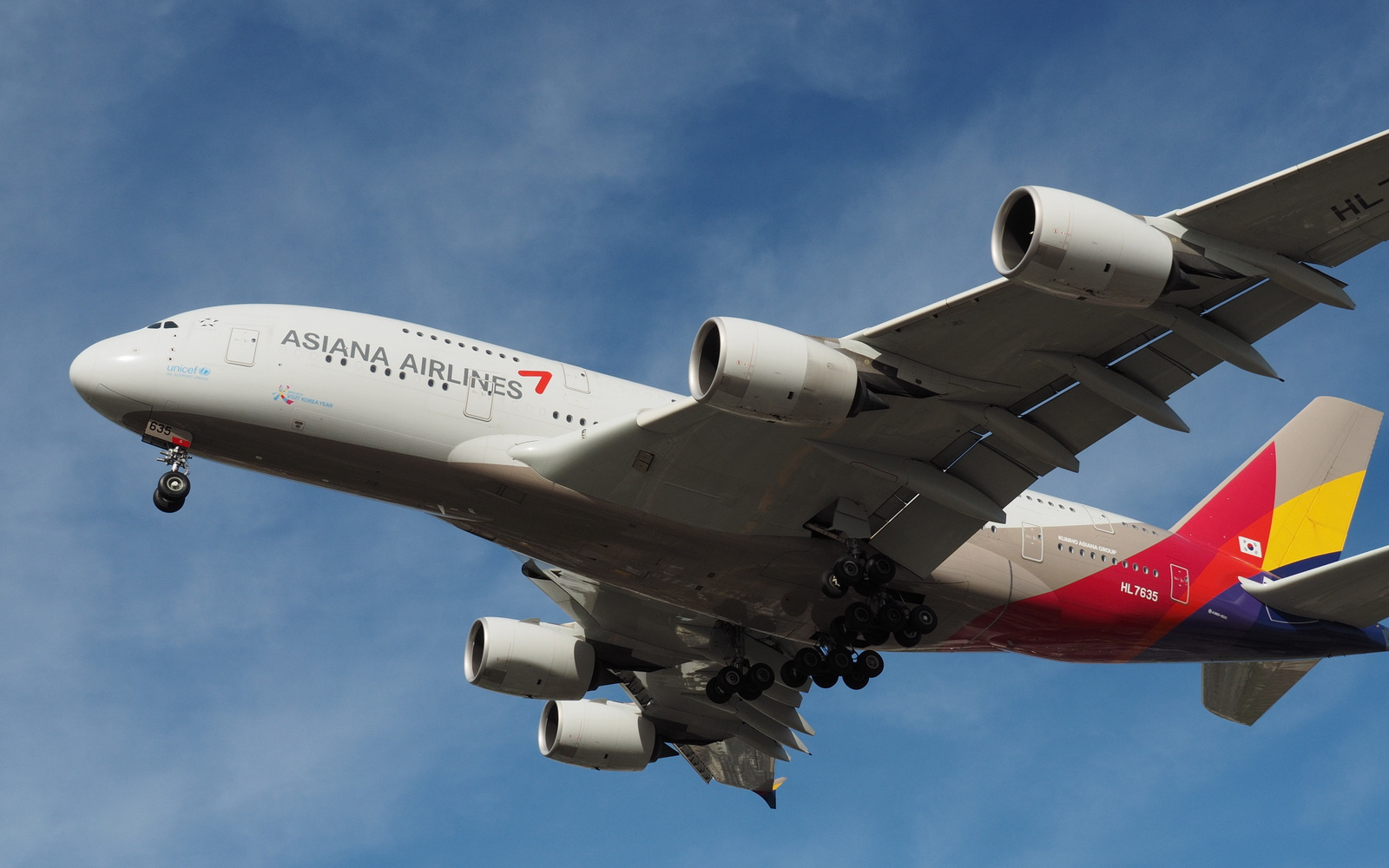 An Asiana Airlines Airbus A380 on short final at LAX.

Although shorter than the 747 it was intended to supplant, the Airbus A380’s fuselage is a double-decker from nose to tail, and it can fly a lot more people. It’s certified to fly with over 850 passengers, but the 200-odd A380s in the worldwide fleet are generally configured for around 500 people in multi-class cabins.

About half the fleet is flying with Emirates, which uses the mega-jet to link global destinations through its Dubai hub. Taking advantage of the A380’s size, Emirates has equipped the upper deck with first class showers, plus a stand-up bar and lounge for business- and first-class passengers.

Exclusive high-end furnishings have also found their way into A380s flying with Qatar Airways and Etihad Airways, whose Residence on the upper deck is the most luxurious experience in the sky today and includes a personal butler.

Airbus had expected to deliver more than 1,000 A380s, but the reality of the marketplace caught up with the plane-maker when it canceled the A380 program in February. While the final A380 will be delivered to Emirates in 2021, airlines such as Air France and Lufthansa as are already reducing their mega-jet fleets.

That said, you can still fly the mega-jet for many years — and of course, you can do that using points and miles.

In the 1970s, the Lockheed L-1011 TriStar and McDonnell-Douglas DC-10 competed for airline orders in the sub-747-sized market segment. They weren’t strictly double-deckers, but the two wide-body, tri-jet “mini-jumbos,” which had similar passenger capacity, shared a design feature that placed the main galley under the floor, rather than between cabins. It was adjacent to the baggage and cargo hold, and forward of the wing.

Flight attendants accessed the lower galley in narrow, single-person elevators, which were also used to move food carts to and from the main cabin.

As a ramp worker at Toronto YYZ in the 1970s, I remember taking the elevator down to the galley of American Airlines DC-10s. The forward end of the galley had an inspection window looking into the nose-gear wheel well. There was also a short ladder that accessed a removable carpet square in the right-side first-class aisle that could be used for emergency escape if the elevator wasn’t working.

More recently, the super-long Airbus A340-600s flying with Lufthansa have been equipped with a set of stairs mid-cabin that lead to lavatories in the plane’s “basement.”

Read the original story on The Points Guy