Opportunity Knocks: A Look at the Used Aircraft Market 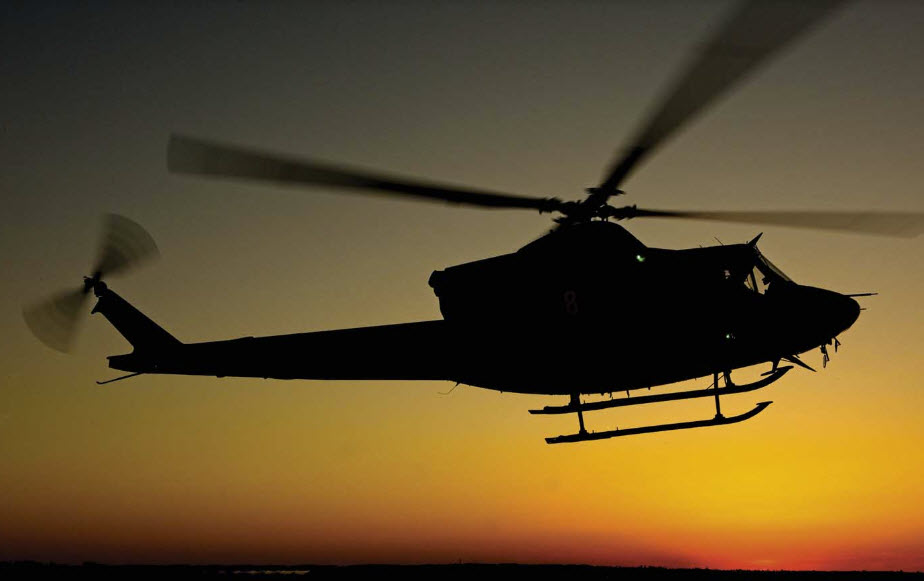 A Bell 412 flies at sunset with the distinctive outline of the BLR FastFin System in its tail..
Photo: Mike Reyno | Vertical Magazine

If you’re thinking of buying or selling a used helicopter, this might actually be a good time to do so. Maybe we’re finally getting past our focus on the doldrums in the oil-and-gas sector, or it could be that the replacement cycle is catching up with older helicopters, with operators making the decision to upgrade their fleets.

The helicopter market has always been very cyclical, and the perceived strength of the marketplace will often depend on the specific needs of a region — and the opinion of who you talk to.

“The trend we’re seeing in Canada is for hydroelectric powerline work, whether patrol or working on the towers, they’re going with Cat A twin-engine aircraft,” said Steve Dettwiler, president of Maple Leaf Helicopters Canada, a brokerage service based in British Columbia. “Some operators are using the MD 902 Explorer, others the [Airbus] EC135. There are lots of [Airbus AS350] AStars available, but for Cat A [performance requirements], you’d have to go with an [Airbus] AS355NP TwinStar.

“We’re seeing the Bell LongRangers being sold off and replaced by the AS350 B2 and B3 series,” Dettwiler continued. “When it comes to the B3e [H125], most Canadian operators are interested in the ones that have dual hydraulics. For forest service work, there’s the inclination to go to twin-engine on the Bell mediums.”

Airbus machines are certainly in demand, and it might be a better financial and operational decision to search the used market rather than buy new, according to Jason Kmiecik, president of Helivalue$, producers of The Official Helicopter Blue Book.

“The lights twins — EC135s, 145s — there’s a big market for those,” he said. “In the U.S., Metro Aviation and Air Methods have pretty much grabbed everything [in terms of those types] that was for sale or is about to come online for sale. In today’s market, you could buy two used aircraft, fully retrofit them with brand new interiors and avionics in both aircraft, and you’re at about the price of one brand new aircraft.

“There are plenty of transactions happening on those aircraft all over the place,” Kmiecik continued. “Some of them have actually started going up in value — the AStars and some of the newer 407s — because there’s just starting to not be that many out there for sale.”

But, as with any marketplace, there are bargains to be found.

There’s also a bit of an underground marketplace where transactions happen quietly, with a handshake, explains Kmiecik.

“You’ll see the sales happen,” he said. “They were never listed online. They sell to the operator next door or somebody’s buddy. The smaller, cheaper aircraft are garage transactions.”

And speaking of those smaller machines, Kmiecik believes that the operators who still love Schweizer helicopters are going to be happy with the company’s new owners, Schweizer RSG.

“Their plans are to go full production again,” he said. “So I think there’s going to be a comeback of Schweizer.”

While Kevin Mawhinney, helicopter technical advisor at Jet Support Services, Inc. (JSSI), doesn’t think much has changed in “the day-to-day, ins-and-outs of the industry,” he does see a trend developing in the “larger-medium” sector.

“I think you’re going to see more people move into this segment with machines that fill that niche,” he said. “For example, the [Leonardo] AW139 has really filled a need, and we’re seeing a lot of interest in it.”

He points to the multi-role capability of the AW139 as being a driver for new operators. “I think it fills a niche that no other machine was filling before.”

And what about all of those Airbus H225 Super Pumas that have been languishing on helipads around the world? They’re now in demand, according to Kmiecik — but for utility work, not offshore.

“What we’re seeing now is supply is actually shrinking,” he said. “Aircraft that were once for sale are now pulled off the market and are back to work with the original lessees or new people.”

With the shift in deployment of Super Pumas from offshore work to utility missions, Kmiecik said that there’s a bottleneck getting the parts that operators need to change the primary mission of their helicopters.

“The 225 is becoming the utility machine, the go-to machine now,” he said. “The problem is the supply of utility parts with Airbus — cargo hooks and stuff like that. They can’t get them in stock fast enough to ship out to the people who need them. There’s aircraft waiting on the ground right now for parts so they can get out on a contract.”

Kmiecik said that some operators have recognized the value in the 225 and have focused their acquisition strategy on the type. “It’s a lot of aircraft with a lot of lifting for the price.”

Dettwiler also knows of companies that targeted an opportunity by buying up inventory of specific types. “We sold 14 SA 315B Lamas in the past few years to a company in Scandinavia, who’s basically stockpiling all the Lama inventory from around the world and supporting the existing Lama operators. But it’s going to come to an end. Airbus would prefer to sell the H125/AS350 B3e,” he said.

Brandon Battles, vice president, Conklin & de Decker, has been researching and analyzing helicopter operating costs for over 30 years. With his years of experience, Battles has seen the cyclical changes that the industry has faced.

“I think we’ve all seen it through our careers ­– oil-and-gas is bad right now, but another operation that uses helicopters might be very strong,” he said. “The firefighting folks are probably having some pretty good years, from a business point-of-view.

“I’m noticing now that it’s not just the acquisition cost that’s important anymore, it’s also those operational costs that they’ll be encountering over the long ownership of that aircraft,” he added.

“Pretty much everybody’s complaint is to try to get operational costs cheaper for these aircraft, especially for the S-92,” he said. “It’s a very expensive aircraft to operate, and with what they’re making each month on their contracts, it’s getting very tight to be able to make a profit at all on them.”

While some of the focus on operational costs may be driven by corporate acquisitions and industry consolidation, Battles believes that operators at all levels have become more attuned to the business side of the equation, in some ways resulting from the economic downturn of 2008.

He said that operators may have planned to acquire a helicopter and keep it for perhaps 10 years. After that, they may look to sell it to avoid major inspections or the required replacement of life-limited items or other significant maintenance.

“They had a plan but when the economy changes and they can’t sell the aircraft for as much as they planned, now they must continue to operate it and wrestle with some of the higher costs that are associated with an older aircraft,” said Battles. “Maybe because of that experience, people are considering the maintenance and operating costs more than they used to.”

Kmiecik’s analysis of the super-medium market suggests that machines like the Airbus H175, Leonardo AW189 and the upcoming Bell 525 are going to face challenges in making an impact on the market.

“In general, the super-mediums haven’t lived up to expectations that everybody thought was going to happen,” he explained. “And that’s because the S-92 has dropped in value, so where it’s actually cheaper to rent a S-92 than it is to buy a brand new super medium.

The newer fleet of super medium aircraft, including the Leonardo AW189 (pictured), Airbus H175 and Bell 525 may struggle to make an impact on the market, according to Helivalue$. Dan Megna Photo
“Capital is drying up in the space,” Kmiecik continued. “There’s not many people that are willing to go out and buy a $15- to $35-million helicopter anymore for offshore when we’ve got so much supply still in the market right now that is sitting idle for sale.”

And Kmiecik is pretty blunt in his assessment of what needs to happen in the oil sector to ensure that helicopter operators can continue to provide service.

“I think over the next six months to a year, you’re probably going to see some change in the attitude of the oil companies,” he said. “There has to be a change because they’re forcing everybody into bankruptcy. I think that people are now telling them ‘no’ on certain requirements that they’re setting on tenders, like age requirements for aircraft. I think that they’re going to have no choice but to start helping out the people who are keeping them in business.”

Read the original story on VerticalMag.com