The world’s longest passenger plane is here — the Boeing 777X 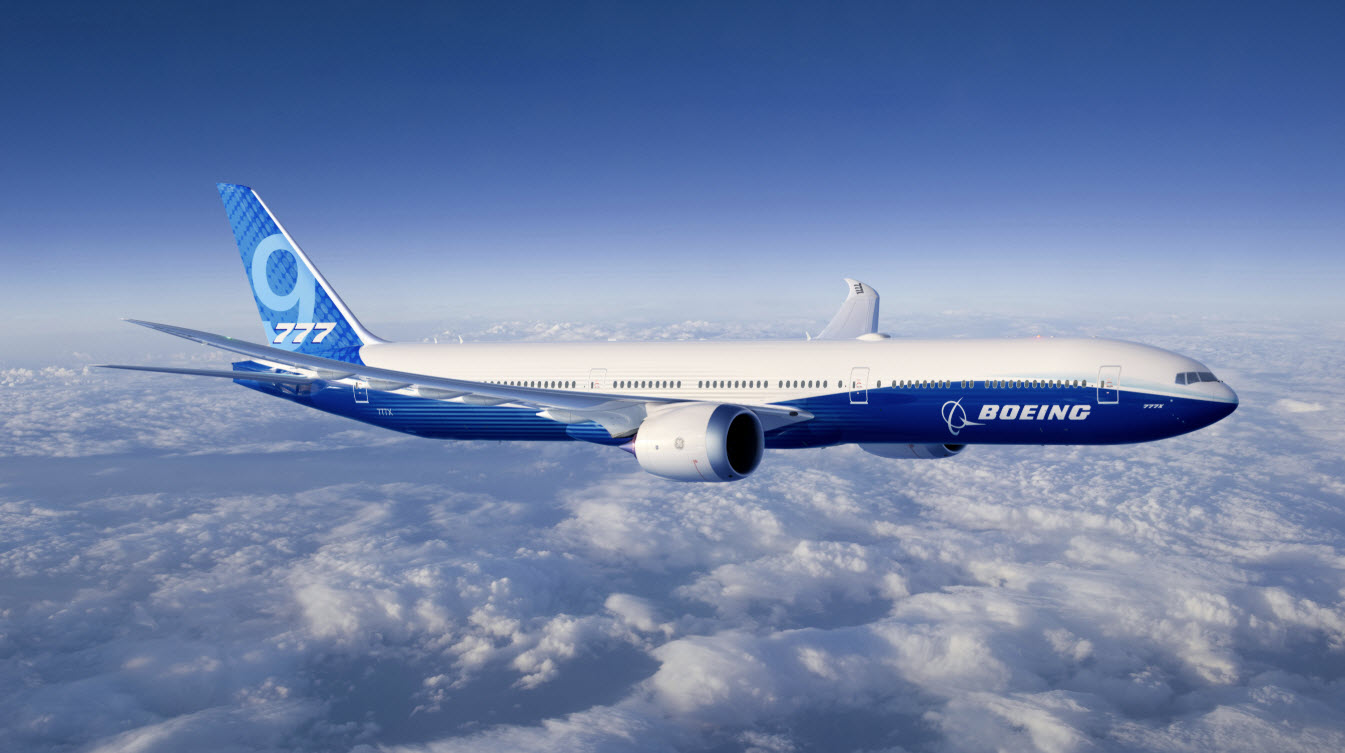 Boeing’s new 777-9 will be the world’s longest jetliner. Image: Boeing

The longest passenger jetliner in the world just made its debut.

On March 13, the very first Boeing 777X was presented to company employees, inside the airframer’s main wide-body manufacturing facility in Everett, Washington.

Boeing had planned to unveil the jetliner on Wednesday, but delayed the debut following the crash of its aircraft in Ethiopia. The event was simplified to respect the recent loss of Ethiopian Airlines Flight 302, a Boeing 737 MAX 8.

It’ll even be longer by a nose than the current record-holder, the 747-8, the latest version of Boeing’s own “Queen of the Skies” whose aviation-changing ancestor flew 50 years ago.

With its maiden test flight expected later this spring, the 777-9 is the larger of the two 777X models that make up Boeing’s jetliner program.

With that enormous length, the plane is designed to seat between 400 and 425 passengers in two classes, and fly routes of 7,600 nautical miles, more than 14,000 kilometers.

The number of seats will vary depending on what each airline picks for the interior, but it promises to be the biggest twin-engine airliner of all time when it starts flying passengers next year.

A second, no-less-impressive but smaller model will follow. The 777-8 will seat between 350 and 375 passengers and have an endurance of more than 17 hours aloft. Covering 8,700 nautical miles, or more than 16,000 kilometers, the plane is Boeing’s challenger to the Airbus A350ULR’s crown as the world’s longest-range airplane.

Eight airlines have placed 358 orders and commitments for the new jetliner. Dubai-based Emirates will get the first 777-9 next year and the 777-8 will follow two years later.

What will passengers experience in the latest wide-body jetliner to be built by Boeing?

Even though the outer fuselage diameter of the new plane is the same as that of the 25-year-old 777, Boeing has re-engineered the inside of the barrel to be able to update the interior.

By changing the design of the cabin sidewalls and the support structures behind, the cabin will be about four inches wider than the legacy plane. That might not sound like much, but it could translate to almost a half-inch of additional seat width compared to the currently cramped 10 economy class passengers sitting in each row in most 777s.

But even with that additional space, not much may change, according to travel analyst Henry Harteveldt of Atmosphere Research Group.

“The new cabin wall design has the potential to allow wider seats, especially in economy, and it’s a great thing if airlines choose to take advantage of it. My expectation is that out of a desire to keep things consistent and keep costs down, airlines will probably put the same economy seats on the 777X as they have on the legacy 777,” Harteveldt says to CNN Travel.

The new plane’s overhead bins are larger, so that passengers can better store the ever increasing amount of carry-on luggage that’s brought on board most flights.

The changes to the hidden fuselage structure will also give the 777X bigger windows than the current version of the plane, and airlines will have the option to install electronically dimmable window shades (EDW), like those on Boeing’s 787 Dreamliner. EDW manufacturer Gentex Corporation says these latest tech EDWs will block out 99.999% of the visible light and operate at twice the speed of current ones.

According to Boeing, the new 777Xs interior architecture, lighting, comfort and conveniences will be “inspired” by the 787. As on the Dreamliner, the cabin will be pressurized to a low, 6,000 feet, making a long flight easier on the body.

Each unique folding wingtip of the Boeing 777X is 12 feet high.

The wing’s the thing

The new wing is stunningly enormous, with over 235 feet of wingspan. With the new wing, the 777X will fly more efficiently and bring fuel savings to airlines. But huge wings come with some challenges.

Airlines want to operate the 777X at airports that currently serve today’s 777 jets, which have a smaller wingspan of 213 feet.

To solve that problem, Boeing engineers created a unique wing-fold mechanism, a first for a civilian airliner.

On the ground, the outer 12 feet of each wing will fold up vertically, with special locking hardware and software that simplifies the folding and unfolding procedure for the pilots and ensures the plane always flies with the wings extended.

The wing-fold system will allow the 777X to fit at existing gates that handle older 777s.

Picture this — you’re flying in a single-aisle Boeing 737, the most-delivered passenger jet. Look around at the diameter of the plane’s fuselage.

You could be sitting in the middle of a General Electric GE9X engine. Actually, the GE9X is even bigger than the 737’s fuselage.

Two of these massive, 134-inch diameter turbofans will power the 777X, each one generating 105,000 pounds of thrust.

That’s 10,000 pounds less thrust than the slightly smaller but mightier GE90 that drives the current 777-300 — a result of 25 years of engine development and improvements in airframe aerodynamics.

With new wings, new engines, and an improved cabin and on-board systems, perhaps the 777X is more than just an enhanced 777 and deserves a new name.

When Airbus decided to update its A330 wide-body, it eventually changed so many things about the plane it renamed it the A350.

“Naming an airplane is a bit arbitrary, and there’s an argument to be made that the 777X is indeed an evolution of the original 777, but different enough to justify the ‘X’ identity here,” says Harteveldt. “Certainly, there’s also a lot of consumer awareness and equity within the 777 aircraft in name.”

So, in 2020, when you see a massive jetliner taxiing to your gate with its wingtips folded like a fighter on the deck of an aircraft carrier, you’ll be getting ready to fly on Boeing’s new flagship.

Read the original story at CNN.com